Combined heat and power (CHP) systems are proving to be an effective way of reducing waste and driving efficiency.

A CHP system, also known as cogeneration, is a simple process. It uses a single fuel source to produce electricity and heat. That heat is then used to either reduce energy costs or to create additional electricity.

However, there are two main types of cogeneration systems. Knowing which is best for a facility will mean a thorough understanding of the differences.

For power plants and manufacturing facilities that produce vast amounts of heat, a bottoming cycle or topping cycle cogeneration plant will be the key to maximizing the advantages afforded by CHP system adoption.

The Differences Between Topping and Bottoming Cycles in Cogeneration

There are two main types of cogeneration systems: topping cycles and bottoming cycles.

This approach focuses primarily on the generation of electrical or mechanical power.

The heat that is otherwise wasted in non-cogeneration optimized settings is instead captured and used to perform practical functions. Most commonly, this method is used to heat facilities and can lead to greater cogeneration plant efficiency.

There are a variety of secondary purposes that this energy can be used for. For example, excess electricity can be sold to the local power distribution grid or used to power facilities themselves.

In a bottoming cycle cogeneration system, waste heat recovery is part of the process. It is captured and used to provide thermal input to a heat medium system. That heat can then be used for a variety of secondary purposes.

It is the differences that matter when efficiency is being prioritized.

That means adopting the CHP system that is most suitable for the processes and goals of any type of power generating facility. While a topping cycle is not the option that suits all environments, it is the CHP system that generates the most in terms of energy.

However, a bottoming cycle has a lot of value, especially in energy-intensive industries. For the sectors that have higher levels of high-temperature waste, bottoming cycles offer a valuable means of taking advantage of that waste.

Industry and the Bottoming Cycle

An estimated one-third of all energy created in an industry setting is wasted in the form of thermal energy.

That thermal energy is generally lost into the atmosphere or funnelled away through cooling systems. In facilities that are generating large amounts of heat, this means wasting a valuable source of potential energy. For effective bottoming cycle cogeneration, heats of over 500 degrees Fahrenheit will be needed in order to be an effective option. 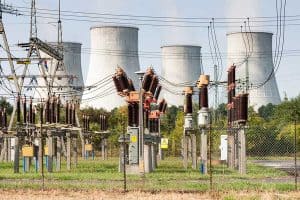 As the more economically efficient CHP system, the topping cycle operates in a different way to a bottoming cycle.

The heat source at the heart of the system is used to generate high-enthalpy steam, along with additional electricity. However, low-enthalpy steam is also used, sometimes from an intermediate turbine stage, but also from the process requirements that involve a general turbine exhaust.

No matter which option is being used, topping cycles offer the most impact in terms of energy savings. Heat can be supplied to the system by use of a fired heater, and these will be more effective and efficient when set at much higher temperatures than are actually required by the facility. Those upper heat levels can then be captured and used in the topping cycle process of cogeneration.

This makes it far more likely that these settings would then produce more electricity than they would possibly use. It opens the door to secondary uses that could be the next step for any energy supplying facility.

Cogeneration and Restructuring the Energy Industry

Power plants are making increasing use of cogeneration processes.

That means that they are increasing their energy output, maximizing efficiency, and boosting energy access and reliability to local economies. However, as manufacturing and industrial facilities make increasing use of cogeneration, a restructuring of how we view energy supply is slowly happening.

As the processing industry transitions to being able to offer an additional source of energy, a shift in perception is occurring. Efficiency is always prioritized by business models of all kinds, large scale adopters of cogeneration will see the maximum impact in terms of that much-valued efficiency.

Petrochemical and transportation fuel plants are simply two of the settings where energy output can far exceed the needs of the facilities. That means more energy is created that can be sold to the energy grid.

This also means an additional revenue stream for those businesses and more benefits to the local communities that rely on energy access for daily living purposes.

Combining a Bottoming and Topping Cycle in CHP systems

Although topping cycles and bottoming cycles focus primarily on two different results, there are CHP systems available that can make effective use of both cycles.

Some of these systems are becoming more common to see. An example would be in a setting such as an industrial steam turbine system. When these are used to produce steam that then drives a turbine (which will then produce electricity), that steam can be highly pressured and removed from the input stage. Instead, it can be used to provide the process heat needed for industrial tasks.

The majority of combined-cycle systems will be powered via natural gas. However, alternative fuel types can also be used. These fuels include:

For power stations that make use of solar energy, another fuel type can often be integrated into the system that cuts overall fuel costs and limits environmental impact.

Without cogeneration, solar facilities are often forced to rely on environmentally unsustainable fuel use in order to maximize efficiency. A CHP system that utilizes solar power and additional fuel types can be made substantially more efficient by implementing systems with combined cycles.

For the improved efficiency of modern power generation technology, heat management needs to be integrated into a more effective CHP system.

That is why a wide range of power plants, in particular, have either already made or are in the process of transitioning to cogeneration technology. From fossil fuel-fired power plants to those that are run on biomass, creating a CHP system has never been easier or more essential.

Any power plant that generates heat as a by-product of its processes can shift to a more energy profitable cogeneration system. This includes those facilities that produce electrochemical fuel cells.

For renewable technologies and fuels, geothermal energy production is proving a rapidly growing industry that is taking advantage of the benefits of cogeneration. Of course, not all energy sources produce heat in their creation.

Hydroelectric power plants are not the optimal models for a cogeneration system as they tend to create very little in terms of heat, let alone excess heat that is required for CHP systems.

Nuclear power can, of course, be a primary user of CHP systems. However, this is not yet being widely adopted. Primarily, the only nuclear energy sites that do make use of a cogeneration system are those that are based in Russia.

No matter the type of cycle being used, serious consideration needs to be given to the location of the planned facility. Many types of CHP plant will be unsuitable for more urban areas. This is usual for any kind of power plant because there will often be emissions and noise pollution that can have a negative effect on living conditions in nearby homes. As a rule, choosing between a topping cycle and a bottoming cycle will be highly dependent on the installation where it is being considered. For example, a large facility that runs for 24 hours a day, seven days a week, will create much larger amounts of excess heat than a small plant that shuts down at the end of the working day. Depending on whether a topping or bottoming cycle is the best choice will be determined by the volumes of waste heat recovery. For the always-on facility, cogeneration offers far more efficiency gains. As a rule, most facilities will benefit more from a topping cycle if energy production is the core goal. The different levels of energy production can be stark.

Barriers to Each Cycle System

It’s important to understand the advantages and disadvantages of cogeneration. Both topping and bottoming cycles have potential barriers when it comes to implementation. For electricity generation needs and the requirements demanded by each unique facility, the barriers to full CHP implementation include:

Connecting to the Grid

Grid access is one of the key factors to consider for those facilities that are looking at cogeneration. When you have excess electricity that is not being used on-site, then it needs to go somewhere.

One of the advantages of cogeneration is that it allows manufacturers to add a revenue stream to their business by selling that energy to the power grid. However, that means being able to safely and cost-effectively deliver that energy into the grid. This is not always an issue.

The problem arises when there are non-standardized requirements for interconnection. This can lead to an increase in costs that make it harder to justify the expense of a cogeneration transition. In cases where interconnectivity is more difficult, there may also be fees to pay in order to connect to the grid.

If you are planning to sell excess energy to power suppliers, know that prices can vary.

This is one of the key areas to be aware of when implementing a cogeneration process, especially if a bottoming cycle is proving the most beneficial option.

With the lower efficiency of a bottoming cycle in mind, those prices can make all of the difference when it comes to making your system cost-effective. Before any change is made to an existing energy system, the scope for realistic ability to sell that excess energy is often considered a potential barrier.

However, with thorough planning and an awareness of the need to understand the energy prices market, this risk can be largely avoided.

Cogeneration is changing the face of energy supply.

As the global shift to energy efficiency and sustainability continues to move forward, topping cycles and bottoming cycles are both growing in use. Although there are many differences between the two systems, the fact remains that CHP systems are improving the energy market, providing valuable new revenue streams for new industries, and changing the landscape of traditional energy sources.