Petrochemicals are a set of chemical compounds that fuel a wide array of products across the globe. They are made of hydrocarbons that are separated and extracted from petroleum (crude oil) and natural gas and are at the core of multiple industries, including: 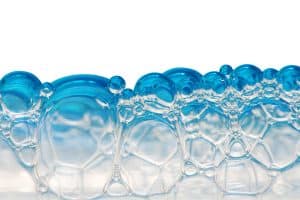 Common to all the industries on this list – and many others – is that they use a variety of plastics and polymers derived from petrochemicals. This breadth of practical uses across industries is making petrochemicals one of the largest drivers of global oil demand, according to a report from the International Energy Agency (IEA).

A vast majority of petrochemicals are obtained from fossil fuels, such as natural gas and crude oil. The rest usually comes from coal and biomass. A major, if not the most important element of the industry is the petrochemical plant itself.

These plants are the powerhouses that convert the natural resources into petrochemicals to be used as the building blocks for other processes and products.

Increasingly complex, these plants are both impressive in size and engineering, meeting the growing needs, expectations, and demand of today’s global economy.

Chemical feedstock refers to any type of unprocessed material used in a manufacturing process as a base material to be transformed into another end product.

Basic petrochemicals such as these are the basis of many products, including plastic, paper, fibres, adhesives, and detergents. They are also responsible for producing a whole gamut of chemicals known as petrochemical intermediates.

These derivatives are more complex versions of primary petrochemicals. They are also used in making a variety of products. Some typical examples include:

Key Products Made From Petrochemicals

Petrochemicals form the backbone of modern economies and are found in a wide range of consumer and industrial products, many of which are considered essential for daily use.

Highly versatile, petrochemicals can be found in everything from synthetic tires to automotive headlamps and lenses. While most individuals associate these chemicals with plastics, their potential uses span a much broader spectrum of applications, from household groceries to rocket propulsion.

And it doesn’t stop here. Petrochemicals carry huge significance for the modern energy system and manufacturing.

How Petrochemicals Are Used in Manufacturing

Examples of how petrochemicals are used for manufacturing include:

Above, we detailed some of the common product categories in which petrochemicals are used.

As you can see, they span a range of both commercial and consumer products that many of us use in our everyday lives.

Let’s look closer at the order of production – from the early refinement to the end-user.

The Order of Petrochemical Processing – From Raw Material to Final Usage

There are five steps in the order of petrochemical processing that turn raw materials into a variety of products.

What is Petrochemical Engineering?

Simply put, petrochemical engineering is the sub-discipline of engineering that specializes in the activities necessary for the production of hydrocarbons (natural gas or crude oil) and the refinement or conversion of those into various petrochemicals.

What Do Petrochemical Engineers Do?

Petrochemical engineering deals with the extraction of petrochemicals from crude oil and petroleum. The engineers ensure this process is safe and efficient.

They normally also have knowledge about subjects such as:

Petrochemical engineers are needed in many industries. Some are responsible for monitoring well-site operations and staff. Others devise and use new drilling techniques. They are also responsible for getting the best out of old and underperforming wells.

Petrochemicals are present in nearly everything we use. A report by the International Energy Agency says that petrochemicals are the largest driver of global oil demand. The industry is fairly new and is touted to grow significantly in the future, which is what makes it known as a “sunrise industry”.

In a world that heavily depends on petrochemicals for sustenance, it’s clear they’re critical to modern societies and economies. Since petrochemical plants are the backbone of petrochemical production and management, it is clear that innovation in plant development and engineering is key to the future success of the industry.

From Alberta with Love, How Advanced Modularization Tactics Are Cutting Costs in Texas

Rizwan Hassan – a symphony of talents